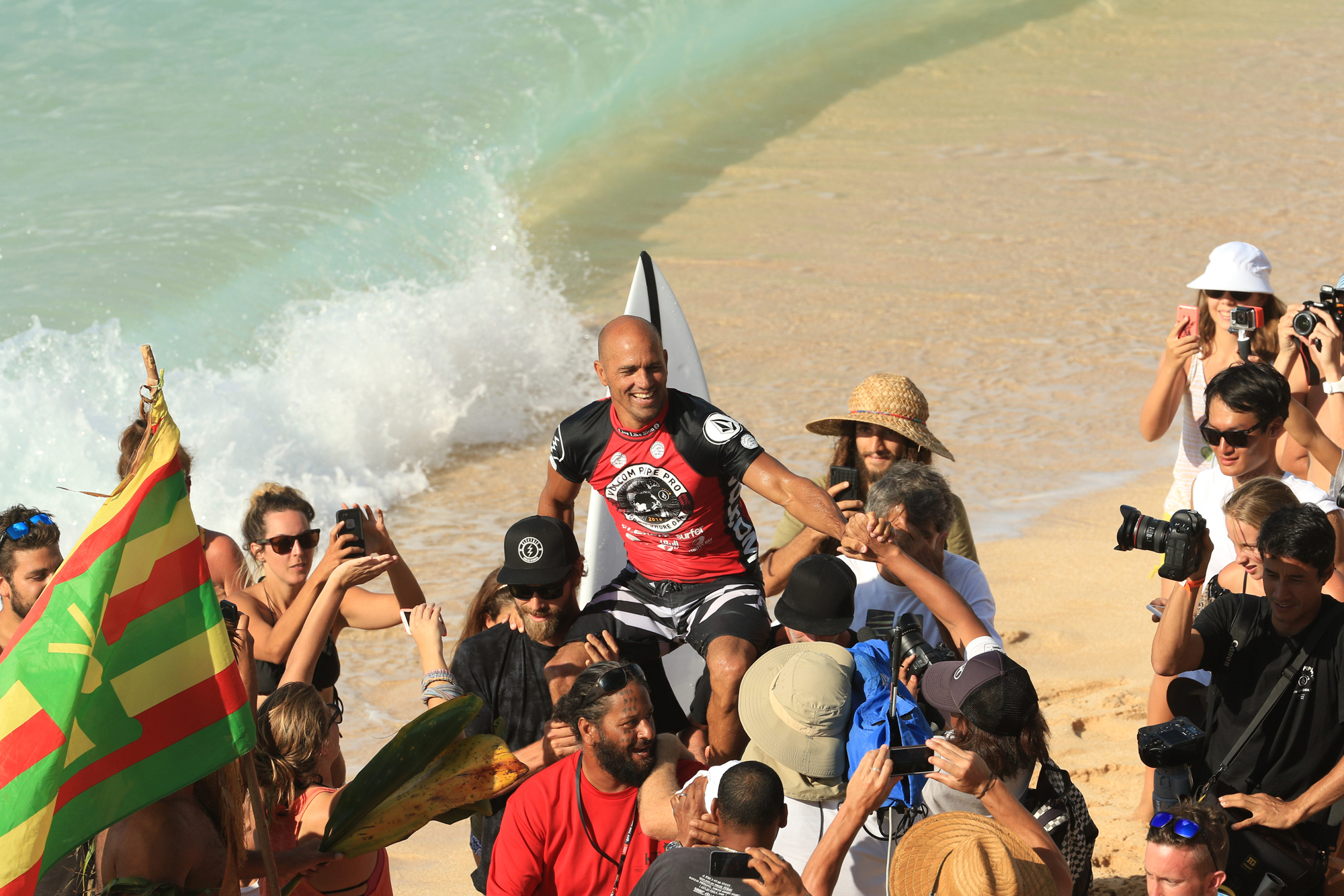 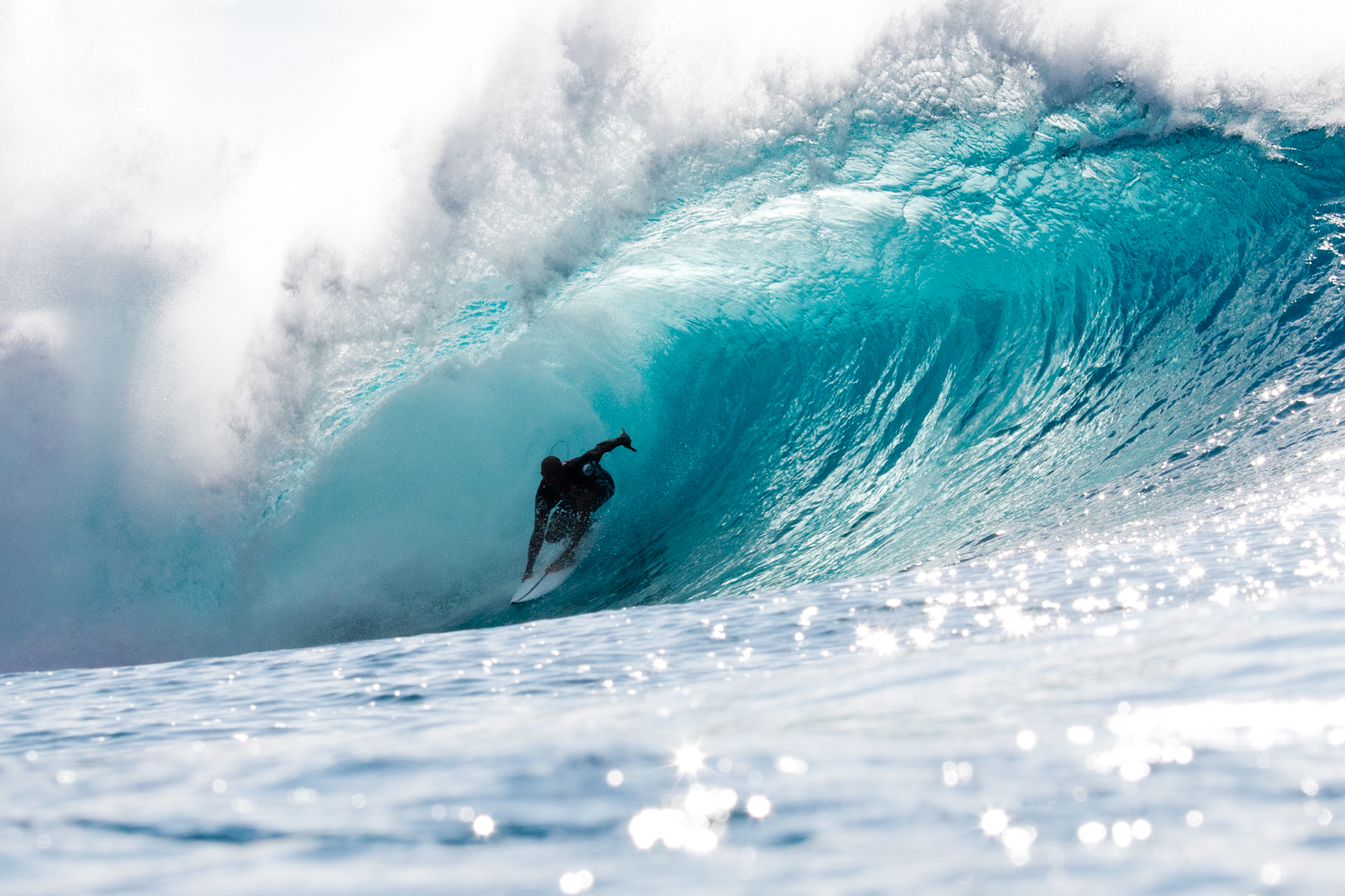 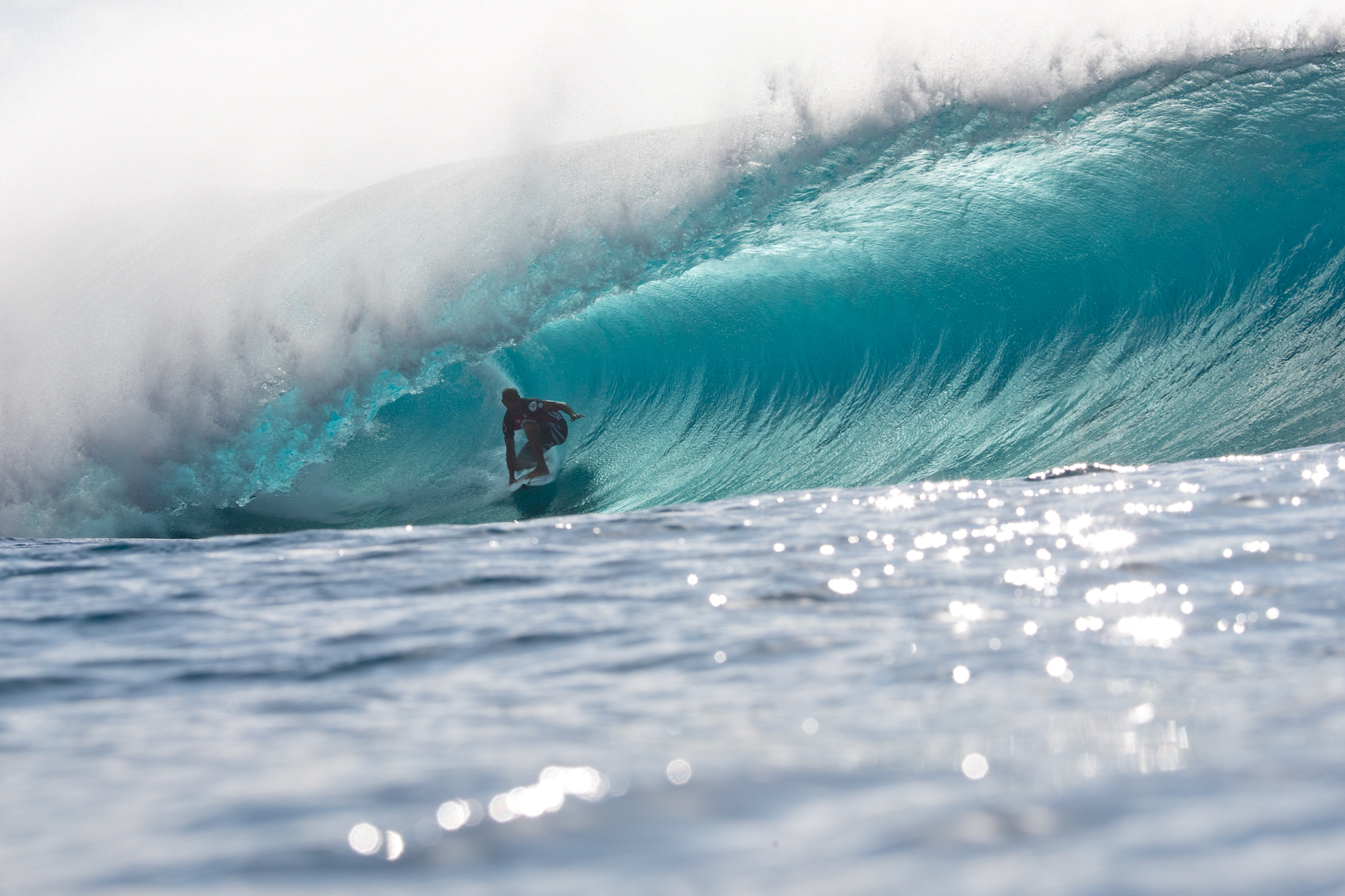 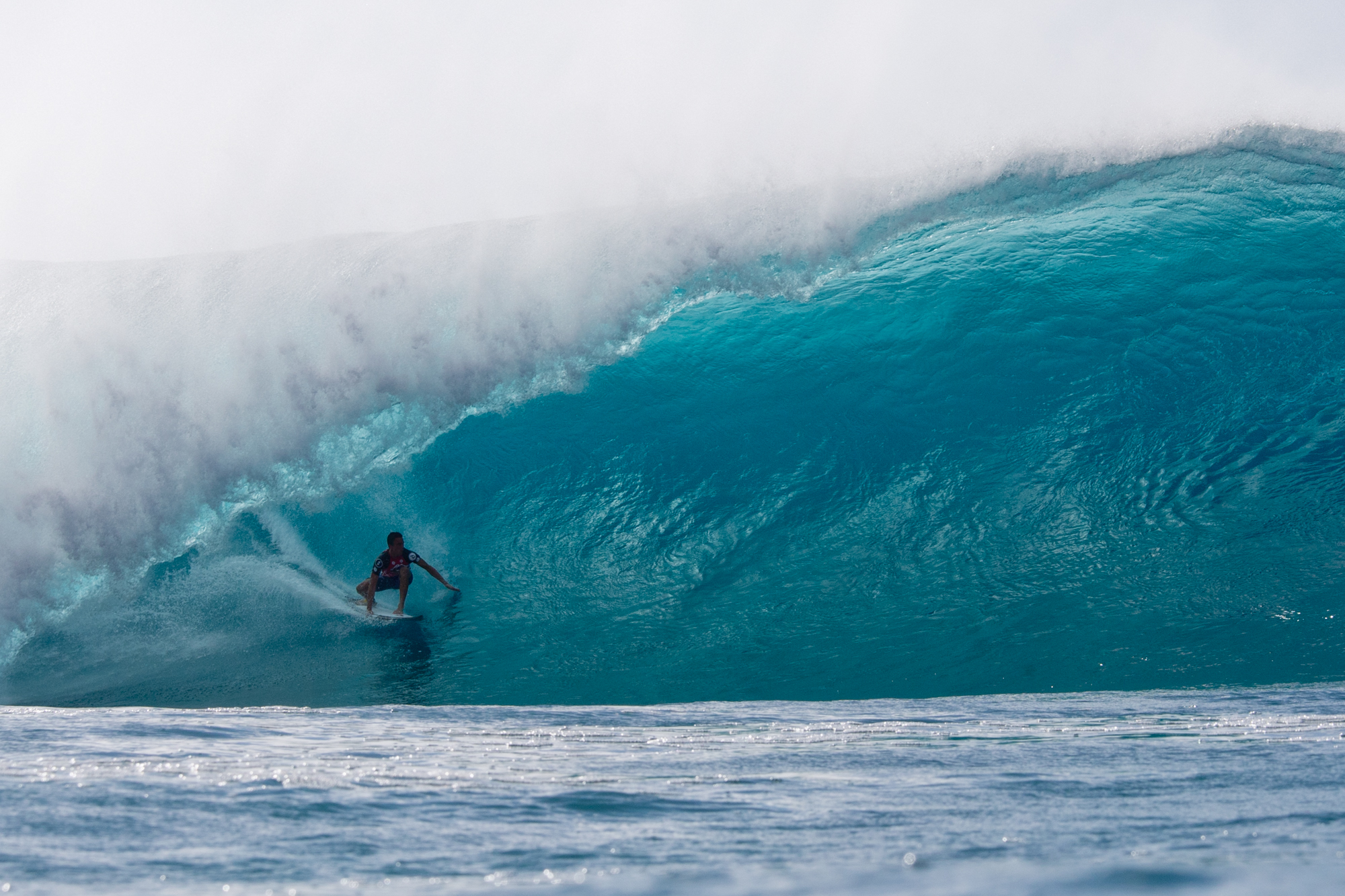 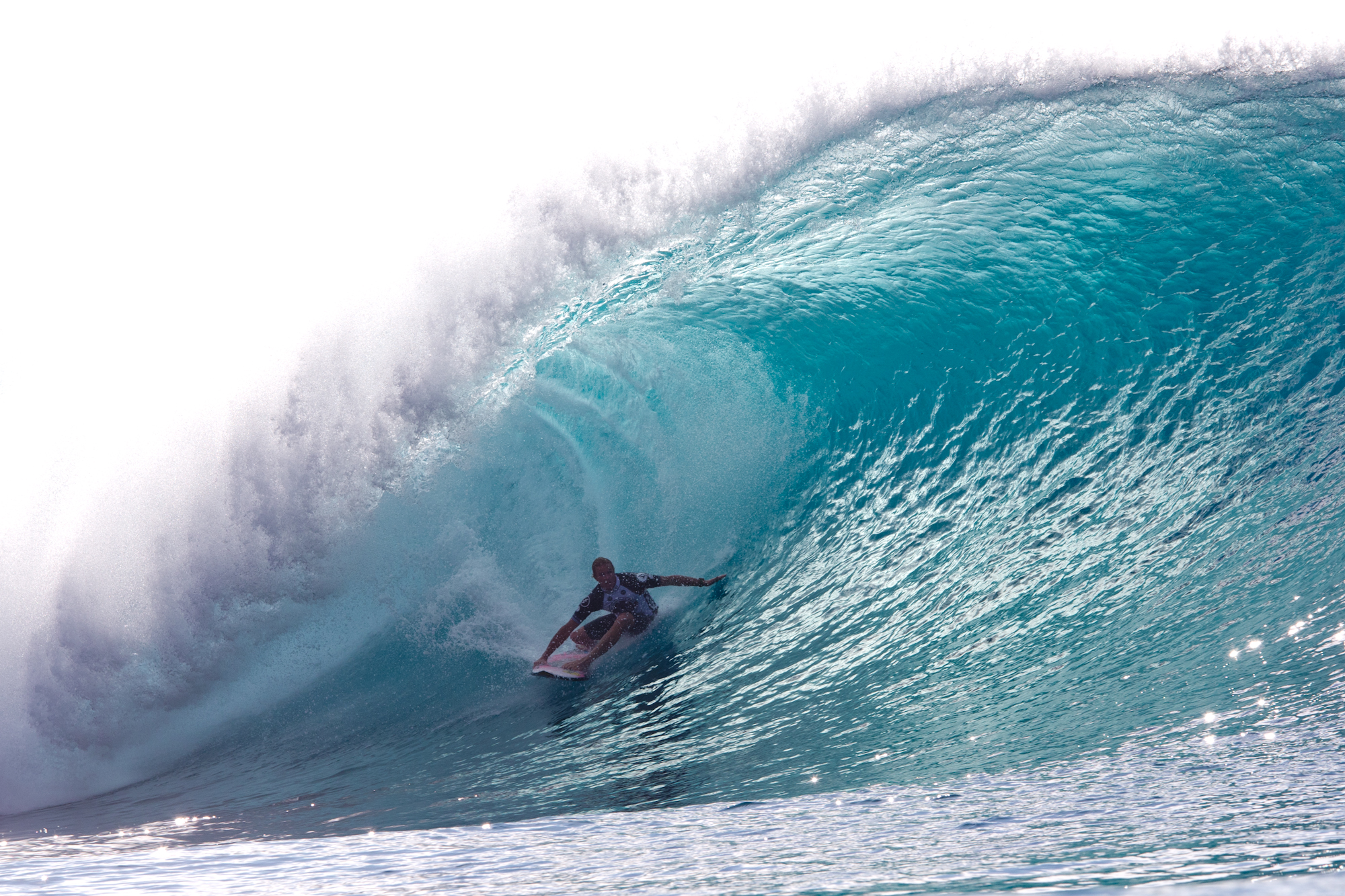 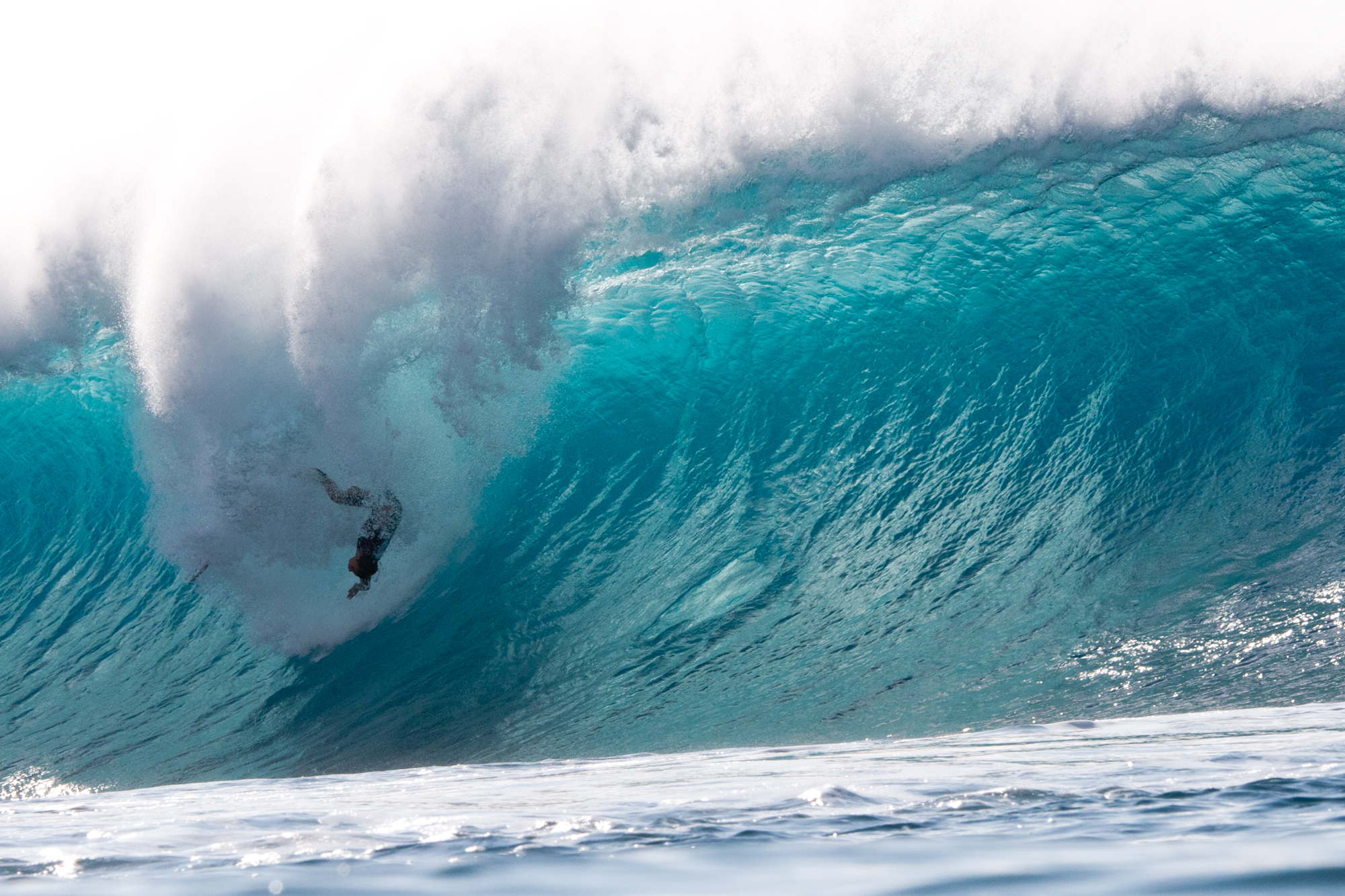 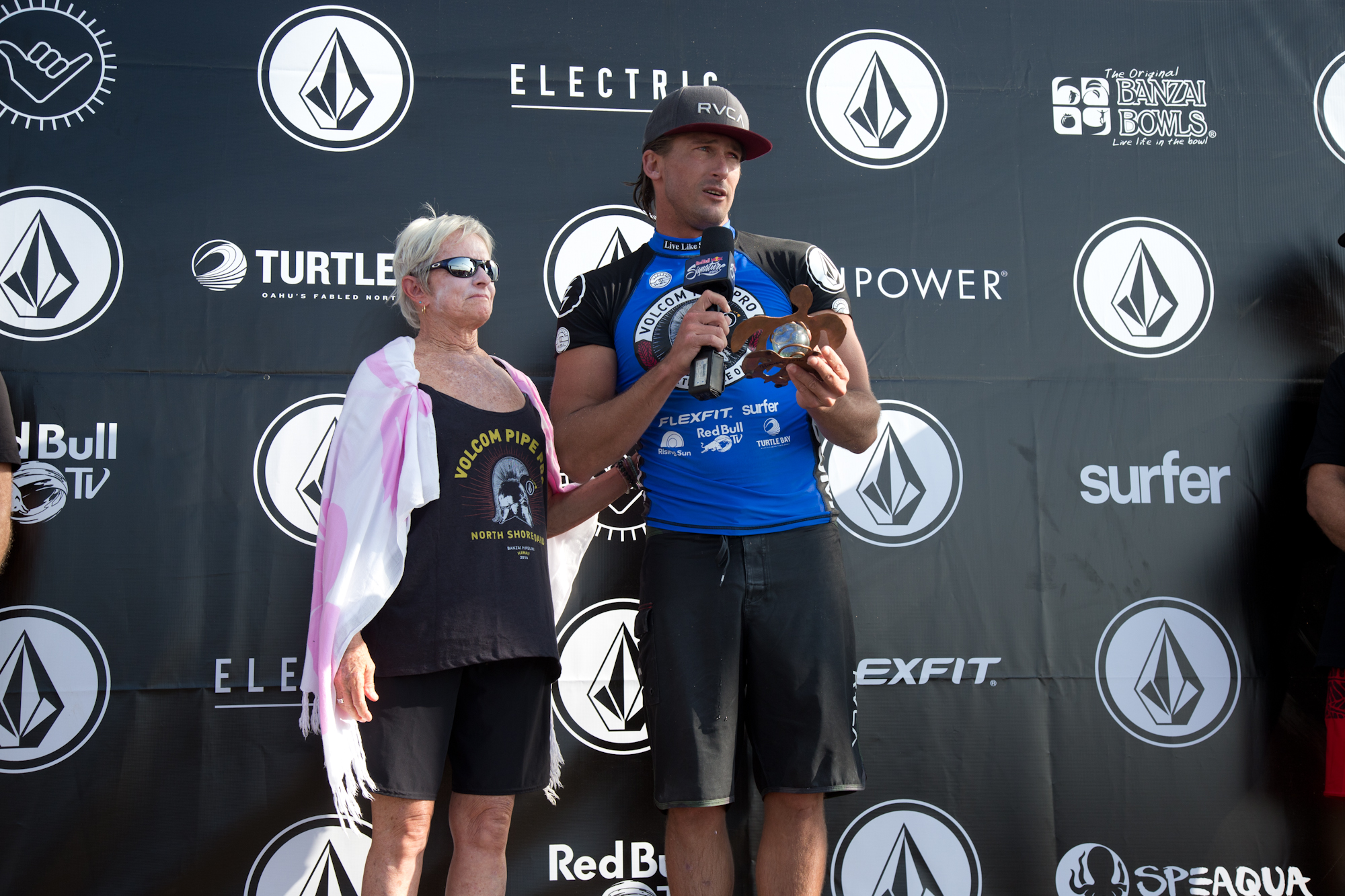 Banzai Pipeline, North Shore, Oahu, HAWAII – (Tuesday, February 2, 2016) – Kelly Slater (USA) solidified his first win in two years at the Volcom Pipe Pro today after a full day of standing ovation performances that many are calling the absolute best of the winter season. Slater surfed against three of the top Pipe mavericks in the world – Jamie O’Brien (HAW),Bruce Irons (HAW) and Makai McNamara (HAW) in a nerve shattering Final that saw barrels fire off like cannons and detonate on the notoriously shallow reef.

The 30-minute Final got started with two low scoring albeit immense waves from O’Brien and Irons, respectively, then saw McNamara answer back with the second highest wave of the heat, an 8.67. The 20-year old took an early lead on his opening wave, with Slater taking a quick second on his first ride, a 7.83.

Halfway through the Final, the 11-time World Champ secured the win with a backup score of an 8.73, while the other competitors fought hard for runner up position.

“I’m stoked, it’s been a while... Between drinks as they say in Australia,” laughed Slater. “Two years since I won an event, and it was this one. I feel good, it’s obviously a great way to start the year off, it just flowed ... Got big waves, got some nice barrels, had some high scores ... But what a day! Perfect southeast trades and big bombing surf.”

Runner Up O’Brien scored a 4.27 for a long left, finally finding a barrel in the second section of the wave, and backed up the mediocre score with a 5.67 for an inside Backdoor tube. The combined heat total of 9.94 secured a second place finish for the Pipeline Master.

The first perfect ten of the day – and the third of the event – O’Brien routed an ultra deep backside barrel to claim the Electric 10-point ride award for $1,000. Calm and cool, O’Brien was in complete control while navigating a high line, eventually bursting out of the tube after the spit.

“I had about 11 minutes to go,” started O’Brien. “I saw the wave, I had the priority, I tried to set myself up in the best spot I could. Generally in heats you don’t like to be too deep, but that was my predicament in that one ... I still didn’t think I was going to make it and I just kind of held on and it just started spitting, spit me out like a cannon. I was just stoked, I just claimed it so hard, but it’s just a good feeling you know. I heard the beach roar, then I heard them start dropping tens and thought, ‘that was a good one to claim.’”

McNamara also secured a ten-point ride and $1,000 from Electric for one of the biggest, most perfect Pipeline waves of the event. The young charger was an absolute standout throughout the competition and was nipping on the heels of his competitors during the Final.

“It was the best day of my life for sure,” said the North Shore native. “I can’t even explain it I’m so tired right now and just so worn out from today. So many memories went down I can’t even remember all that happened... a few wipeouts and a few really memorable waves and I’m just so happy to finish on the podium for the first time and I hope it happens again.”

Irons was presented with the Todd Chesser Hard Charger Award for demonstrating sheer determination throughout the Volcom Pipe Pro. Jeannie Chesser, Todd’s mom, handed out the award and the two embraced in a moment of gratitude.

“I was not expecting that,” said Irons. “It means a lot you know just because I grew up looking up to Todd Chesser. I knew Todd, I was young but he was always Todd Chesser, he’s always the guy. I’d sit on the beach watching and Todd would be going on the biggest rights. Every time I’m out there I’m always thinking about the Todd Chesser waves. And I love Jeannie, it’s a real honor to have this award. It’s right up there, it’s nice, I’m happy.”

Highlights From The Final Day Of The 2016 Volcom Pipe Pro